“The case for plant rights is, paradoxically, both straightforward and complicated. There is no doubt that plants are some of the most vulnerable living beings on the planet: even according to fairly conservative estimates, one in every five plant species is currently on the brink of extinction.” – Michael Marder, Ikerbasque research professor of philosophy at the University of the Basque Country, Vitoria-Gasteiz, 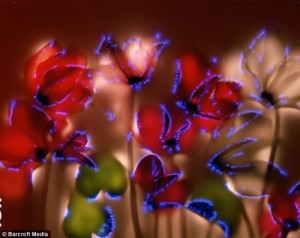 We are currently in search of signs of life on Mars, but we do not fully understand and respect the life on this planet. It’s time to change that.

Plants can sense human intentions. Including Destruction of the forest. So when a logger approaches a forest with the intention to cut it the tree sense its intentions.

Cleve Baxter a polygraph scientist who did the controversial experiment with plants and animal cells. In the 60s, he decided on impulse to attach his polygraph electrodes to the now-famous dracaena in his office, then water the plant and see if the leaves responded.

Finding that the plant indeed reacted to this event, he decided to see what would happen if he threatened it, and formed in his mind the idea of lighting a match to the leaf where the electrodes were attached.

And that was when something happened that forever changed Baxter’s life and ours. For the plant didn’t wait for him to light the match. It reacted to his thoughts!

He also discovered that plants were aware of each other, mourned the death of anything (even the bacteria killed when boiling water is poured down the drain), strongly disliked people who killed plants carelessly or even during scientific research, and fondly remembered and extended their energy out to the people who had grown and tended them, even when their “friends” were far away in both time and space.

In fact, he found, plants can react “in the moment” to events taking place thousands of miles away. And not only are they psychic, they also are prophetic, anticipating negative and positive events, including weather.

One of the most important things that Baxter discovered was that, instead of going ballistic, plants that find themselves in the presence of overwhelming danger simply become catatonic !  Under such circumstances, the plants they are studying evince no reaction whatsoever. They simply “check out.”

Using a laser-power microphone, scientists at the Institute for Applied Physics at the University of Bonn have also documented that plants “cry out” when they are subjected to pain. When a leaf or stem of a plant is cut, it releases the gas ethylene over its entire surface. Using specially calibrated lasers, scientists were able to make the ethylene molecules vibrate. Microphones could record the result of the vibrating molecules. “The more a plant is subjected to stress, the louder the signal we got on our microphone,” Frank Kühnemann, of the Institute for Applied Physics in Bonn, said of their findings. When plants are happy and healthy, they make a gurgling sound.

Plant perception or biocommunication is the idea that plants are sentient, that they respond to humans in a manner that amounts to ESP and that they experience pain and fear.

Indian scientist Sir Jagadish Chandra Bose began to conduct experiments on plants in the year 1900. He found that every plant and every part of a plant appeared to have a sensitive nervous system and responded to shock by a spasm just as an animal muscle does.

In addition Bose found that plants grew more quickly amidst pleasant music and more slowly amidst loud noise or harsh sounds. He also claimed that plants can “feel pain, understand affection etc.,” from the analysis of the nature of variation of the cell membrane potential of plants under different circumstances. According to him, a plant treated with care and affection gives out a different vibration compared to a plant subjected to torture.

If small plants react this way can we imagine the reactions of big trees and forests that are about to be cut?

Suzanne Simard a forest ecologist at the University of British Columbia noticed brilliant white and yellow fungal threads in the forest floor. Many of these fungi were mycorrhizal, living in tree roots. Through microscopic examination and experimentation, she realized the fungi were transporting carbon, water and nutrients between trees, depending on which needed it most. “The big trees were subsidizing the young ones through the fungal networks,” explains Simard. “Without this helping hand, most of the seedlings wouldn’t make it.”

The survival of these establishing trees was greatly enhanced when they were linked into the network of the old trees.Through the use of stable isotope tracers, he and Amanda Schoonmaker, a recent undergraduate student in Forestry, found that increased survival was associated with belowground transfer of carbon, nitrogen and water from the old trees. This research provides strong evidence that maintaining forest resilience is dependent on conserving mycorrhizal links, and that removal of hub trees could unravel the network and compromise regenerative capacity of the forests.

Kirlian photography equipment captures a subtle field of electromagnetic energy that radiates from all living things, otherwise known as an aura. In Western religious traditions, you can often see it portrayed in art as a halo surrounding saints or Deity. In Eastern religious traditions, it is thought to emanate from the chakras—or centers of energy within the body—and is often depicted as a multi-colored body of light surrounding a person.

For centuries, specialists who have been able to “see” auras without the help of an aura photo have explained that the colors exhibited in the aura have specific meanings. As a result, Kirlian Photography has been used to reveal important information about a person’s emotional energetic state—such as identifying the signs of rising energy-stress, allowing you to address the issue before physical symptoms arise.

The energy field in living things

The energy field is an organizing structure for the biological world. This idea was introduced in the beginning of the twentieth century by Russian scientist Alexander Gurvich, who demonstrated in his experiments that microbiological species can exchange photons and in this way regulate their activity. He proposed the idea that everything is regulated by a biological field.

Russian-born physicist Dr. Konstantin Korotkov is a true pioneer. His technological advances are setting innovative standards for the study of the human energy field, as well as generating a new understanding of reality

Dr. Konstantin Korotkov is professor of physics at St. Petersburg State Technical University in Russia. The author of four books, including Light After Life: Experiments and Ideas on After-Death Changes (1998, NY, Backbone Publishing Co.), and over 70 articles in leading journals on physics and biology, he holds twelve patents on biophysics inventions.

Dr. Korotkov’s 25-year research career has combined rigorous scientific methodology with an insatiable curiosity about things of the spirit and the soul and a deep respect for all life. He is a scholar in philosophy, and a serious mountaineer of twenty years.

Dr. Korotkov’s research team has developed a camera that not only photographs plant (and human) energy fields, but is able to report on the effectiveness of medical remedies for specific conditions. It’s called the GDV and, Korotkov says, makes the old Kirlian cameras look like a bicycle compared to a Mercedes

Biological Field it’s a complex energy structure of different fields, different natures, and different origins. There are electromagnetic and gravitational fields, as well as fields of molecules and, to some extent, fields of unknown parameters. So the biological field of a living thing, also known as its “aura,” is an invisible structure that correlates its activity to create a unique and united system. 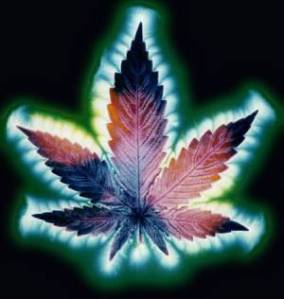 He performed special experiments where we measured the leaves of a potted plant in a room where people were creating different types of emotions. Measurable changes in the bio-electrographic activity of the plants and their emissions were recorded. The measurements were different for each emotion.

So this provides one more indication that love, kindness, and care are tremendous powers from human beings that generate an immediate response in the energy field of plants. In fact, this energy field influences all environmental situations: plants, other people, water — all conditions around us.

A sick plant has a very uneven, very restricted glow. Sometimes, the glow practically vanishes. On the other hand, mature, healthy plants have a very strong energy flow. The same is true with human beings.

Plants engage in self-recognition and can communicate danger to their “clones” or genetically identical cuttings planted nearby, says professor Richard Karban of the Department of Entomology, University of California, Davis, in groundbreaking research reported in the current edition of Ecology Letters.

Karban and fellow scientist Kaori Shiojiri of the Center for Ecological Research, Kyoto University, Japan, observed that sagebrush responded to cues of self and non-self without physical contact.

The sagebrush communicated and cooperated with other branches of themselves to avoid being eaten by grasshoppers, Karban said. The researchers suspect that the plants warn their own kind of impending danger by emitting volatile cues. This may involve secreting chemicals that deter herbivores or make the plant less profitable for herbivores to eat, he said.