Incursions into Unknown – Cellular Memory of a Plant or Tree

What is Cellular Memory? Cellular memory is a library storehouse of everything that has ever happened to you in your life. Applied kinesiology muscle testing is a technique discovered and used thousands of years ago by Native American Indians. It allows healers to tap in and discover anything about ourselves, on a physical, emotional or energetic level, or to tap into the subconscious mind right down to a cellular level. Cellular memory and the electricity of the body can be used to determine the cause and the natural remedy for many chronic diseases.

Dolores Cannon, Paul Pearsall Ph. D wrote about human cellular memory for those that want to research more into the subject.

Since the end of the 19th century, rapid closure of the carnivorous plant Dionaea muscipula Ellis (Venus flytrap) has been attracting the attention of researchers and as a result its mechanism has been widely investigated

The existence of different forms of plant memory is well known. Depending on the duration of memory retention, there are three types of memory in plants: 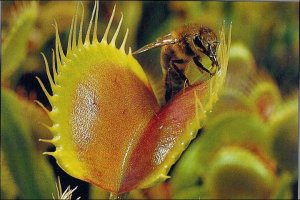 A few examples of studies involving plant memory are:

Cellular memory is an example of long term memory and is a long-term maintenance of a particular pattern of gene expression.

Plants are intelligent organisms and capable of functions such as

There are a few mathematical models of plant learning and memory.